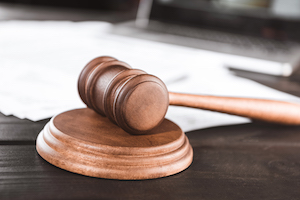 President Donald Trump has called for the cancellation the Diversity Visa lottery program that is commonly known as the green card lottery. He says that this program has allowed the New York truck attack suspect to gain entry into the U.S.

President Trump said at a Cabinet meeting that he will immediately start the process of putting an end to the lottery program. He also said that he will ask the U.S. Congress to initiate work to terminate this program.

The Department of Homeland Security has confirmed that the attack suspect, Sayfullo Saipov came to the U.S. through the DV lottery program from Uzbekistan. He entered the country in 2010 with a valid passport and a valid diversity visa. He had used a rented truck to kill eight people in Manhattan and injure at least a dozen others. President Trump blamed the lottery program for admitting the terror suspect.

The President tweeted, “We are fighting hard for Merit Based immigration, no more Democrat Lottery Systems. We must get MUCH tougher (and smarter).” He also criticized Senator Chuck Schumer, who helped create the DV lottery program by introducing a House bill.

Senator Jeff Flake, a member of the “Gang of Eight” group that came up with an immigration bill with broader reforms, defended Schumer who was also a part of the group, tweeting that their proposal called for putting an end to the diversity lottery. The Senate Gang of Eight’s immigration reform bill would have eliminated the program. But this bill that passed the Senate did not become law as it died in the House of Representatives. This bill would have assigned green cards granted through the DV lottery to immigrants with advanced skills.

In February, President Trump endorsed a bill that was introduced by Republican Senators Tom Cotton and David Perdue that would get rid of the green card lottery. The Reforming American Immigration for Strong Employment (RAISE) Act, that was introduced in February failed to pass the Senate. This bill would have put an end to green card lottery and also halved the number of legal permanent residents to the U.S.