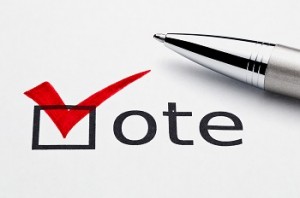 Many eligible green card holders in the U.S. are applying for U.S. citizenship now just because they want to vote in the 2016 Presidential Election. A lot of citizenship campaigns are happening around the country aimed at helping more immigrants to naturalize. Those campaigns help immigrants fill out their citizenship applications and help them through the process.
Many of those who approach those campaigns say that the reason they are applying for citizenship now is mainly because they want to vote. They believe that their communities will have a voice if they become citizens and vote in the elections. Many Latinos want to vote for a candidate who will be in favor of immigrants and immigration.

For those who wish to vote in the elections and take part in the civic life, it’s still not too late to apply for naturalization. If they start the naturalization process now, they may likely get their U.S. citizenship before the elections. If a legal permanent resident has lived in the U.S. for five years and meets all the requirements for U.S. citizenship, they can file their applications now.

Receive biometrics appointment letter from USCIS and get fingerprints taken at the facility where an appointment has been scheduled.

Receive a letter from USCIS with information on the naturalization ceremony. At the ceremony, applicants must return their green cards and take the Oath of Allegiance. They will then be awarded their naturalization certificates.

Register to vote and vote in the 2016 Presidential Election!