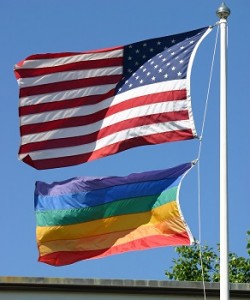 Lesbian, Gay, Bisexual and Transgender Pride Month (LGBT Pride Month) is celebrated every year in June. Members throughout the country conduct pride events, like raising of the gay pride flag.

June was chosen in order to honor the 1969 Stonewall riots that erupted in Manhattan. These riots occurred early in the morning on June 28, 1969 when police raided Stonewall Inn–a gay club.  Having grown weary of the way they were treated by the police, the gay community rioted against them. The Stonewall riots mark the beginning of the modern LGBT rights movement, according to many.

President Obama will host a reception at the White House in order to officially celebrate the LGBT Pride Month, on June 24, 2015. He said that the gay rights movement saw a massive victory when the Supreme Court struck down a contradictory provision of the Defense of Marriage Act that prevented the American government from recognizing same-sex marriages. This allowed gay couples, whose marriages took place in American states that recognize same-sex marriages, to obtain the same federal benefits offered to straight couples.Same-sex couples can also apply for immigration benefits and sponsor their partners of the same-sex for green cards in the U.S. However, this is possible only if their states recognize their marriages.

In his presidential proclamation, President Obama has also written about the issues faced by the LGBT workers. He said that most of them are fired just because of their gender identity. According to him, the U.S. Congress will need to pass the Employment Non-Discrimination Act to make sure that the rights of the LGBT workers are protected.