New Year’s Day is a federal holiday on which people have social gatherings and parties. Celebrations begin the night before when Americans gather to wish their families and friends a happy and a prosperous new year.

Every year, the birthday of Martin Luther King, Jr. is celebrated on the third Monday in January, though he was born on January 15. King was a civil rights leader and he continues to be recognized for his tireless efforts to win civil rights for all people through nonviolent means. Due to this reason he is called the Gandhi of the U.S. 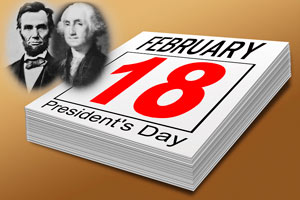 On this day, Americans celebrate the Presidents’ Day in honor of the first president of the U.S., George Washington.

Memorial Day – Last Monday of May

Memorial day is celebrated to honor the Americans who fought and died for the country in wars. Also, on this day people remember all those who lost their lives in wars. 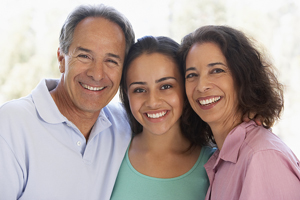 Americans celebrate July 4th as the nation’s Independence Day and this day honors the country’s birthday. The Declaration of Independence was adopted on July 4, 1776 and is a federal holiday. It is a day of picnics, parades and parties. Every town in America will have its Independence Day observance with air shows, concerts, patriotic parades and firework display.

Labor Day commemorates the social and economic achievements of the American workforce. It honors the country’s working people. This day also marks that end of the summer vacation and is seen as the last chance to enjoy the summer season.

The Italian navigator Christopher Columbus discovered America on October 12, 1492 and the Columbus Day commemorates the discovery of the great nation. The holiday was proclaimed by President Franklin D. Roosevelt in 1937. Americans celebrate this day by with parades, church services and other events. 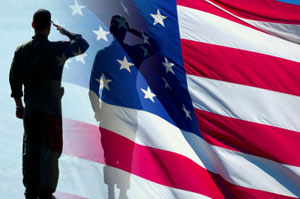 Veterans Day was originally called Armistice Day that was meant to honor the citizens of the country who fought for the country and served in World War I. This day gives the Americans an opportunity to recognize the sacrifices made by veterans of all wars. The President honors this day by placing a wreath on the Tomb of the Unknowns at Arlington National Cemetery in Virginia. Americans observe this day by taking part in parades and visiting war memorials.

Thanksgiving Day has been an annual holiday in the U.S. since 1863. The Pilgrims held a three-day fast to celebrate a bountiful harvest that many regard as the country’s first Thanksgiving, in the fall of 1621. This is a day for families and Americans celebrate this day with their families and friends with special meals that include turkey, potatoes, cranberry sauce and pumpkin pie.

Christmas Day marks the birth of Jesus Christ and it is a Christian holiday. This is one of the most important days for Christians. People decorate their houses and yards and put up Christmas trees. Holiday traditions also include giving gifts and sending greeting cards.