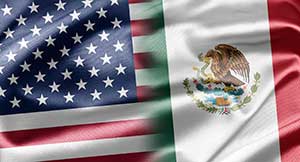 Mexico has also announced a new campaign to push Mexicans who are America’s legal permanent residents to obtain dual citizenship. The country believes that this effort will benefit both the U.S. and Mexico.

Mexico’s campaign targets the three million Mexicans living in the U.S. These individuals are eligible for U.S. citizenship but have not applied for it due to fear of losing Mexican citizenship and their Mexican roots. According to Carlos González Gutiérrez, Consul General of Mexico in Austin, around 600,000 Mexicans living in Texas would qualify for the program.

Doris Meissner, a senior fellow at the Migration Policy Institute, says that this initiative of Mexico will help its citizens protect their rights in the U.S. They will become a part of the country if they apply for and obtain American citizenship. They can live here without fear of deportation. They can also reunite with their family members living in Mexico by petitioning for them to come to the U.S. through America’s legal immigration system.

U.S. citizenship will improve opportunities for Mexicans. They will be able to get better jobs with better salaries. They will become eligible to vote in the Presidential elections. The U.S. will, in turn, have three million new voters.

This also applies to Mexicans in the U.S. Even if they are eligible for naturalization, they do not apply for it. This is a reason why Mexico has announced an awareness campaign to push such individuals to apply for citizenship in the U.S. This campaign aims at creating awareness among people about the new rules.

This is a wakeup call for Mexicans living in the U.S. This is the right time for them to apply for U.S. citizenship if they believe they are eligible for it. Applying for citizenship now is more likely to grant them an opportunity to vote in the 2016 presidential election.