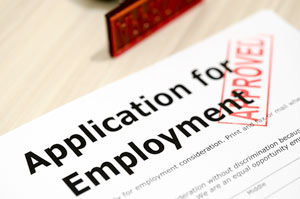 U.S. Citizenship and Immigration Services (USCIS) has announced a new upgrade to E-Verify, the employment verification system that will help combat identity fraud. USCIS Director Alejandro Mayorkas announced an enhancement to the E-Verify system that the U.S. employers use to verify the eligibility of the employees they hire, to work in the United States.

This new upgrade will use a safeguard to lock Social Security numbers (SSN) that have been stolen. This enhancement will prevent the fraudulent use of SSNs. USCIS will now lock the SSNs that appear to have been misused. This new upgrade will also assist the employees who have lost their SSNs, while strengthening E-Verify.

Similar to the credit card companies that lock cards that have been stolen or lost and prevent the misuse of those cards, USCIS will now lock the Social Security numbers that seem to have been misused. If an employee’s SSN has been locked and if he or she tries use that locked number, the E-Verify system will generate a “Tentative Nonconfirmation” notice (TNC). People who receive these notices can contest the findings at Social Security Administration (SSA) field offices and their cases will be reviewed by SSA officers. If the officers find that they have received TNC notices due to errors and that the identities of the employees match the SSNs, they will convert the TNC to Employment Authorized status.

E-Verify, the Department of Homeland Security’s web-based service, helps the US employers to verify the employment eligibility of the newly hired employees. More than 470,000 employers are using E-Verify and around 1,500 employers are enrolling every week.

The Senate immigration reform bill that has made its way through the U.S. Senate would require all the U.S. employers to use E-Verify. Though many believe that this would prevent the employers from hiring undocumented immigrants, many say that this would keep several legal employees out of jobs. That is due to the technical glitches and errors in the system that are likely to prevent legal workers from getting jobs. However, this new enhancement will assist victims of identity theft and prevent fraudsters from misusing SSNs.