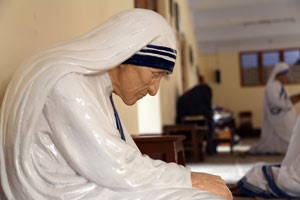 Gaining citizenship in the U.S. is not easy. Applications must be filed and interviews must be attended and the overall U.S. citizenship process is a lengthy one. But there have been a few for whom gaining American citizenship was easy.

The U.S. declares certain non-U.S. citizens of exceptional merit as Honorary Citizens of the U.S. by an Act of the U.S. Congress or by a declaration issued by the President of America. The U.S. has so far granted honorary citizenship only to the following seven foreign nationals.

Sir Winston Churchill was one of the greatest wartime leaders of the 20th century and was the first person to be granted honorary citizenship in the U.S. He served twice as the Prime Minister of the U.K. Churchill, who was also a prolific writer, received the Nobel Prize in Literature in 1953.

Raoul Wallenberg, a Swedish diplomat, an architect and a humanitarian, received his honorary citizenship in 1981. He saved the lives of more than 100,000 Hungarian Jews during the Holocaust and till date he is widely celebrated for his efforts to rescue the Jews. Apart from granting him citizenship, the U.S. also awarded him the Congressional Gold Medal.

William Penn, the founder of the Province of Pennsylvania, was an English real estate entrepreneur. He is said to be the first great hero of American liberty and he urged for a Union of all the English colonies. Honorary U.S. citizenship was granted to him in 1981.

Honorary citizenship was conferred upon Hannah Callowhill Penn, the second wife of William Penn, in 1984. She administered the Province of Pennsylvania till her death in 1726, after her husband’s death. She was the first female Proprietor and Governor in America and also the first woman to receive honorary U.S. citizenship.

Agnes Gonxha Bojaxhiu better known as Mother Teresa, a Roman Catholic Religious Sister of Albanian origin, was granted honorary citizenship in 1996. She helped the poor, sick, the dying and those who have been rejected, through her Missionaries of Charity. She was also awarded the 1979 Nobel Peace Prize and the 1985 U.S. Presidential Medal of Freedom.

Gilbert du Motier de La Fayette, Marquis de La Fayette often known as Lafayette, was a French aristocrat and a military officer. He is well known for his involvement in the French and the American Revolutions. Honorary citizenship was conferred upon him in 2002.

Casimir Pulaski, a Polish nobleman, identified by historians as the “Father of the American Cavalry” was granted honorary citizenship in 2009 by President Obama. He immigrated to America from Poland and fought against the British in the American Revolutionary War. He also saved George Washington’s life on the battlefield.