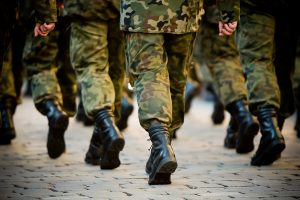 This program will be open to those who have received deferred action status under the Deferred Action for Childhood Arrivals (DACA) program. Reports show that there are around 2.1 million young undocumented immigrants in the U.S. This includes children, youth and teenagers who meet the eligibility requirements for DACA. Under this new Pentagon policy, 1,500 immigrants will be recruited every year. This program would create new paths to U.S. citizenship for the undocumented immigrants living in the country. However, it is still unclear how many DACA recipients will be recruited under this program.

The MAVNI program that began in 2008 will now be extended for another two years and for the first time, it will include DACA recipients. The MAVNI program will recruit immigrants who are proficient in languages like Arabic, Chinese, Pashto or Persian. However, Pentagon officials say that they are not sure how many DACA recipients would possess the required language skills. That is because most of them entered the U.S. at a very young age and were brought up here. So they may not have learned their ancestral languages and may not be proficient enough.

The U.S. military recruits around 5,000 green card holders every year. The military is also accepting foreigners, with temporary student and tourist visas, who have special skills. Once the non U.S. citizens enter military service they will become eligible for expedited U.S. citizenship.  Since 2001, more than 92,000 foreign-born service members have obtained citizenship while serving the U.S. military.