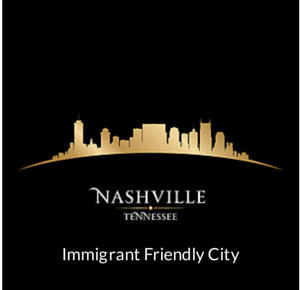 Mayor Karl Dean of Nashville, Tennessee, signed an executive order to create the Mayor’s Office of New Americans (MONA), to focus on engaging and empowering resident immigrants. MONA is a good news to the immigrants as it is a new Metro Government office that will encourage them to participate in the government and in the Nashville community.

Nashville, home to a lot of immigrants from across the globe, is one of the most immigrant-friendly places in the U.S. The creation of the new office shows that Nashville is committed to making it easier for immigrants to lead a peaceful life here.

Primary objectives for the office would be to:

The new office will host its very first event on 2nd October 2014. This free event, that will be open to the public, will focus on inviting input from the community on how to support the growing immigrant population of Nashville.

MONA will not only support the city’s immigrant population but also the Nashvillians who have been living there for ages. According to Hughey, a senior advisor in the Mayor’s Office, this office will empower the newest residents and make the city stronger.

In 2012, Nashville was the American city to have the fastest growing immigrant population. As of now, more than 12 percent of the city’s population is foreign-born. Mayor Carl Dean believes that it’s an honor to the city when immigrants come to the U.S. and choose to settle in Nashville.

Under his leadership, the government of Nashville worked with U.S. Citizenship and Immigration Services (USCIS) to create a program called “Pathway for New Americans.” This program helps immigrants in the city to prepare for U.S. citizenship. Under this program, “New Americans Corners” located in five libraries and four community centers in the city offer citizenship resources to immigrants seeking to become U.S. citizens. These resources will help them to prepare for the naturalization interview and test.