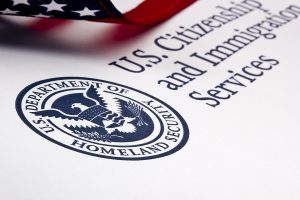 But now the USCIS is experiencing delays in the processing of the immigrant petitions filed by US citizens. Immediate relatives of US citizens who earlier were not required to wait for more than a year to immigrate to the United States based on family sponsorship are now waiting much longer to get their immigrant visas. This is due to the long delays in the processing of these petitions.

In order to clear the backlog, USCIS has now started to transfer some casework to the USCIS service centers from the National Benefits Center (NBC). USCIS is doing this in order to balance the overall operational workload. The casework that has been affected includes Form I-130, Petition for Alien Relative. Petitions filed by the US citizens on behalf of their immediate relatives will be transferred from the NBC to the Nebraska, Texas and California Service Centers.

USCIS will send notices to the customers with information on the transfer dates and the service centers to which their cases have been transferred. Their receipt numbers will not change and the agency has announced that this will not affect their cases and that it will not have an impact on the processing times.

USCIS has also updated the processing times for Form I-130 and the customers are advised to check the processing times for the service centers to which their cases have been transferred. Applicants can check the status of their cases by using the “Check Status” tool. To check their status, they need to enter their receipt numbers. If the applicants are required to submit additional supporting documents and if they receive a “Request for Evidence(RFE)”, they need to respond to the service centers from which they received the notice.