There are several reasons why many seek to leave their home countries and start a new life in a foreign country. However, not all the countries are immigrant­ friendly. Here are few countries that are more popular among immigrants. 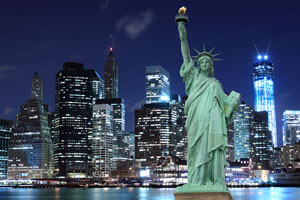 The U.S. still remains the number one immigration destination. The country has the world’s largest economy and is seen as the “land of opportunity”. America is one of the most diverse countries and it is made up of immigrants.

To many, America is a country of their dreams. People who are unable to get into the U.S. legally, cross the border illegally. Immigration reform is now the hot button issue of the U.S. and with a comprehensive immigration reform bill, the country is looking to address the illegal immigration issues.

Russia, the largest country, has one of the biggest global economies in the world, in terms of GDP. The Russian government seeks to increase the number of immigrants getting into the country. There were more than 12 million immigrants in Russia in 2010. The country had changed its immigration policies in 2010 to attract more immigrants, as it considered the rate of immigration to be too low. However, it was not able to attract more immigrants; as of 2013 there were only around 11 million immigrants in Russia. However, the country still seeks to increase its population and is also promoting integration of ethnic groups into the Russian society.

The other most popular destination for immigrants is Germany and it had 81.89 million residents in 2012. It is the most populous country in the European Union. Germany has excellent education and health care systems that attract immigrants from all over the world. Germany adapted new immigrant friendly immigration policies to attract highly educated and skilled workers from foreign countries to keep its economy afloat. However, most of those immigrant workers do not stay in the country for even a year and the number of immigrants to the country has dropped.