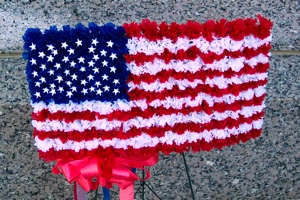 As 2013 comes to a close, a group of immigration reform advocates in Cheyenne are putting aside the festivities in order to focus on a more serious topic.  A local “fast-in” has been organized by the Cheyenne Highlands United Presbyterian Church’s Reverend Rodger McDaniel, in the Herschler Building lobby.

McDaniel says that the idea is to display their solidarity with the Fast for Families movement that has been going on since the middle of November on Washington DC’s National Mall.  The fasts, in addition to a number of other solidarity events taking place around the United States, are being staged in the hope of pushing Congress into passing a comprehensive immigration bill to provide a pathway to US citizenship for the estimated 11 million undocumented immigrants that already live and work in the country.

The specific target is the Republicans in the House of Representatives, who have so far failed to make any movement to vote on a comprehensive bill that was passed six months ago, back in June, by the Senate.

“The political reality is that the extremists in the Tea Party are controlling the agenda in the House,” notes McDaniel, who has previously been a Democrat in the Wyoming House of Representatives and the Wyoming Senate.  “Even though the Senate found a way to reach a bipartisan compromise, the House is far more extreme.  John Boehner isn’t going to let it come to a vote without a whole lot of public pressure, which is what this is about.”