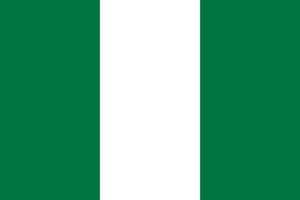 Nigerian immigrant Victor Chukwueke came to the United States 11 years ago in order to undergo treatment for huge facial tumors.  He has been residing in Michigan under an expired visa, but on December 18th a private bill was signed by President Barack Obama that gives him permanent residency in the country, the first of this sort to be passed by Congress for two years.

Chukwueke was living in Michigan with Reverend Mother Mary Paul Offiah from the Daughters of Mary Mothers of Mercy, who were caring for him.  Chukwueke lost an eye because of the tumors and has had to undergo as many as seven surgeries.

Chukwueke was left an orphan in Nigeria after he was taken to the best medical facilities in the country for treatment of the genetic disease known as neurofibromatosis, which caused the life threatening tumors.  The 26-year-old has been delighted with the news about his new green card, which means that he will now be able to attend the medical school at the University of Toledo, having previously majored in biochemistry and chemical biology with a grade point average of 3.82 at Detroit’s Wayne State University.

“My own personal struggles to receive treatment have motivated and encouraged me to pursue a medical career…  to alleviate the pain and suffering of others,” Chukwueke says.  “A medical career will allow me many gratifying years of making a difference in the health and lives of others.”