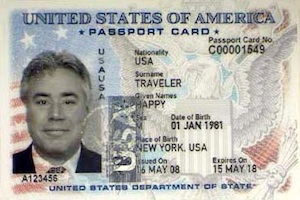 Congressman Charlie Dent has sponsored a bill that will make it much simpler for federal employees who are foreign born to be able to get US citizenship, and the bill has already been passed by the US House and Senate.  The bill, which is known as HR 6223, would enable some employees who are already permanent legal residents of the United States to be able to count the employment that they undertook overseas toward the residency requirements that need to be met in order to gain naturalization as US citizens.

The bill came about due to a green card-holding resident of Bethlehem who was unable to obtain US citizenship due to the extended periods he spent outside of the United States while working in Iraq for the US State Department.  The man’s service resulted in his family being granted citizenship just over three years ago back in 2009 after being given green cards.

Current laws are preventing persons such as this employee from gaining naturalization despite the fact that while they were abroad they were working for the federal government.  The new bill is set to make the process considerably smoother and is available for interpreters, executive level security personnel and translators who work overseas for the US armed forces.

“These dedicated individuals are doing America a great service, often under dangerous conditions and in highly volatile environments,” notes Dent.  “As Americans, we know it is unfair that people who so greatly wish to become American citizens should be penalized bureaucratically while they are making critical contributions to our country.”