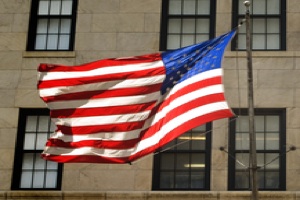 The federal EB-5 program gives foreign nationals who have invested a minimum of $500,000 in the US the opportunity to get a green card, with Bill Stenger, the co-owner of Vermont’s Jay Peak ski area seizing the chance with both hands.  The Boston Business Journal says that Stenger has managed to raise as much as $275 million from around 500 foreign investors living in 60 different countries in order to be able to improve the area that is referred to as the Northeast Kingdom.

The very first phase of this new development will include an indoor water park, a hotel, ice hockey arena, stores, restaurants and condominiums.  The development, which is costing $865 million, is to span the great majority of Jay Peak as well as nearby Newport, and create around 10,000 jobs both directly and indirectly over the course of the next few years.  Plans are also afoot to construct a window manufacturing plant, a biomedical research firm, the rehabilitation of most of Newport and the extension of the local airport’s runway.  Seventy-five percent of the workforce will be from Vermont, according to Stenger.

The project’s second and third phases are now underway, with the entire effort being the largest economic development project ever seen in Vermont.

Forty-nine-year-old Steve Green is contemplating taking part in order to get a green card, with the successful Englishman having lived in Bermuda for a quarter of a century.  “It would give me an opportunity to relocate in the United States, keep a small home in Bermuda, spend…my retirement in the United States,” he says.