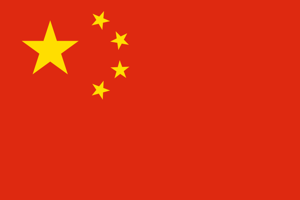 US President Barack Obama has put his support behind a proposal from a bipartisan group of senators to have the country’s immigration laws reformed, something that is also being regarded in a positive light by many Chinese people who live in the United States.

In a speech which he made to a Las Vegas high school on Tuesday, Obama hailed a framework for immigration which had been proposed by the senators on the previous day. The framework would make it easier for masters and PhD students in engineering, mathematics, technology and science who have found jobs in the United States to be able to get a green card, as well as paving the way for US citizenship for the approximately 11 million undocumented immigrants living in the country.

The bill that the senators proposed would see the H-1B visa cap increase from the current limit of 50,000 up to 115,000 per annum, depending on the conditions of the market. The bill would also get rid of the quota for graduates who have gained advanced degrees from universities in the United States and allow the spouses of people who hold an H-1B visa to be able to work.

The bill would also remove the nationwide quota for green cards and allow visa holders to be able to renew without the need to go back to their home countries in order to do so, something that is an often costly and lengthy process. The news has given hope to the growing number of Chinese students who are attending American universities.