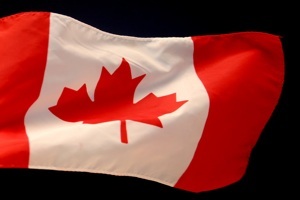 United States Citizenship and Immigration Services have announced recently that citizens of Canada who apply for Trade NAFTA status can make use of Form I-129 regardless of whether or not they are living inside the United States.  A special economic relationship was created between Canada, the United States and Mexico by the North American Free Trade Agreement, which extends from trade into the workplace.

The TN Status means that non-immigrants from both Mexico and Canada are allowed to work on a temporary basis within the professional business service of the United States.  Prior to the change USCIS would accept applications from citizens of Canada and Mexico only if they were in the United States already and wished to extend or alter their TN status.  Those individuals who were not already in the United States had to present US Customs and Border Protection with an application in order to be able to be granted entry, but this old system was known to be both inefficient and also disruptive.

Applicants for TN status will now be able to file their necessary paperwork in advance and can thus make their travel arrangements safe in the knowledge that their application will be given approval once they have reached the border.

Being an employment-based petition for use by a worker who is not an immigrant, Form I-129 is helpful to have correctly and fully filled out in the event of CBP officers questioning the TN eligibility of an individual at a port of entry.