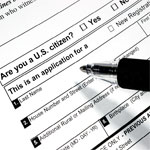 Immigration in general is likely to be a key issue in this year’s election. President Barack Obama has been criticized by opponents for not creating the immigration reforms he promised in the last elections. At the same time, his opponent Mitt Romney has adopted a tough stance on immigration reform.

According to the Department of Homeland Security, there were 12.6 US residents in 2010 who held immigration visas. This number included the approximately 8.1 million green card holders who qualified for citizenship but who had not yet applied for naturalization. According to the Department of Homeland Security, this number of potential voters includes a significant number of Latinos. This is significant because during the last election minority voters helped President Obama secure a win. The decision of minority voters to seek citizenship and the vote in this election can therefore significantly impact the election results. According to experts at the University of Washington, the immigrant community will be very important in the 2012 election, with Latino voters representing the largest growing segment of the electorate in the US.