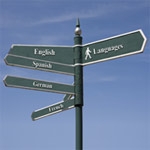 According to King, a common official language would unify the country and would allow Americans from all walks of life and all backgrounds to share a commonality. The bill is mostly symbolic and not entirely clear as to what having an official language would involve. The bill does require official government functions to take place in English, although currently in the US government business is conducted in English. The bill would further require applicants taking the citizenship test to read and understand US laws, the contribution, and the Declaration of Independence in English. Only asylum seekers would be exempt. The bill also requires workplaces to be English speaking. According to King, the bill would void an executive order dating back to the Clinton administration. That executive order mandated that non-English speakers applying for social programs would be provided with interpreters by federal agencies in cases where they did not understand English.

Opponents of the bill point out that the bill is largely symbolic and that the proposed law does little to help immigrants or Americans. They note that English is already the language in which workplaces and business is conducted, so passing a law would change little but might isolate some communities in which immigrants are still learning the language. Many Americans already assume that English is the official language of the US and since the language is so dominant, some argue that an official language bill would make few practical changes, other than possibly reducing people`s rights to speak other languages in schools and workplaces. In many countries that do have official languages – such as Canada – official language legislation is used to safeguard the status of a less dominant language, something that some opponents allege is not needed in the US. King, however, alleges that most people are behind his plan. Some states have already passed legislation making English the official language of their states.