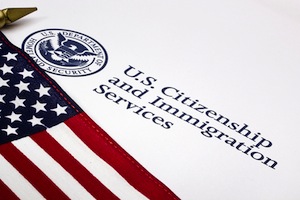 Jeh Johnson, the secretary of the Department of Homeland Security (DHS), claims that the executive actions on immigration taken 12 months ago by President Obama were needed and have made the United States safer by keeping dangerous criminal immigrants out.

On Thursday Johnson said that Homeland Security changed the way in which it asks municipalities and cities to deport criminal immigrants to secure more cooperation from sanctuary cities and that local authorities are now more willing to assist the DHS, which issues detainers outlining the dangerous crimes committed by particular immigrants rather than simply listing undocumented immigrants who have been placed under arrest for any reason.

The annual conference of the Citizenship and Immigration Services Ombudsman, which took place in Washington DC, was told by Johnson that the great majority of the cities and municipalities that had previously been uncooperative were now working with the DHS with regard to the priority enforcement program. Johnson asked Immigration and Customs Enforcement to start focusing on the capture and deportation of convicted criminals. “Quality over quantity,” he declared, adding: “Felons, not families.”

Johnson also reiterated that he and President Obama had acted within their existing legal authority to “fix the broken immigration system”; however, Republicans remain unimpressed, saying that the procedures for the deportation of dangerous criminal immigrants have actually been relaxed by the Obama administration and that the failure to crack down on uncooperative sanctuary cities has resulted in the deaths of US citizens.