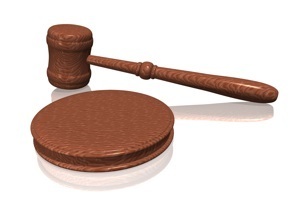 The Supreme Court has rejected the appeal by the state of Alabama to allow them to keep some of their immigration laws, including one that made harboring immigrants a criminal act that could result in jail time.  The justices decided by an 8-1 vote that it is the federal government’s job to enforce immigration laws, not that of any individual states.

The decision of the court did allow a number of other aspects of the state’s law, including one that allows police officers to be able to check on the immigration records of individuals that are stopped for other reasons.  However, the courts blocked various other aspects of the Alabama law, including one that would have made it illegal for undocumented immigrants to look for work.  The Supreme Court also denied local and state officials to have the right to check on the immigration status of students of public schools or to detain suspected immigrants without bond.

“The national government has significant power to regulate immigration,” Justice Anthony M Kennedy declared.  “The sound exercise of national power over immigration depends on the nation meeting its responsibility to base its laws on a political will informed by searching, thoughtful, rational civic discourse.”

The Alabama law, named HB56, was enacted two years ago in 2011 and is regarded as one of the toughest of the nation’s state immigration statutes, also making it a crime to encourage people to stay or enter the United States against federal immigration laws.  Court challenges to similar laws in South Carolina and Georgia are also underway.