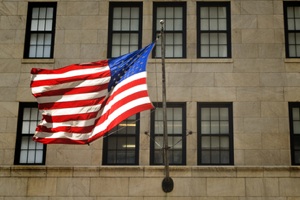 Luis Zarco from Charlotte in North Carolina was awarded a green card recently after having fought against being deported for the last two years.  Charlotte NBC affiliate WCNC says that the father of three was close to being deported from the United States but that the assistance of friends and members of the community helped to allow him to stay.

Zarco has been living in fear of deportation by law enforcement agencies in the US since 2011 following an arrest for running a red light.  Zarco was also found to be driving with an expired license due to the fact undocumented immigrants are unable to renew their credentials with the Department of Motor Vehicles following a 2006 law that requires them to show proof of citizenship.

If Zarco had been forced to leave the United States, he would have been leaving a wife and three daughters.  During the week he works in construction and volunteers at Habitat for Humanity on the weekend.  Even Zarco’s lawyer was surprised by the decision to allow him to remain in the United States, and believes that the ruling might not have been so favorable but for support from the Immigration and Customs Enforcement Agency and the local community.

“I’ve been doing this 15 years, the first time I’ve seen something like this where the judge was prepared to deny and they overrode that decision,” says Zarco’s lawyer, Chris Green.  Zarco will now be able to get a green card, and will be eligible for citizenship in five years.