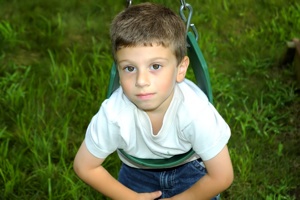 Antonio’s brother, who was already a citizen of the United States, had filed an immigrant petition on his behalf several years ago.  Married with three under age children when the petition was filed, it took several years of waiting for Antonio and his family to get their US visas.  Unfortunately, by the time the visas were granted, their eldest child Isabel was no longer a minor and was left behind.

For Antonio to file a new petition for her could have taken another decade or more for her to be able to join her family in the United States, but a new Ninth Circuit Court of Appeals decision means that Isabel can now come to the United States immediately.

The decision means that the old priority date of the petition that was filed by Antonio’s brother more than a decade ago can be made use of for the new petition for Isabel, meaning that a visa is instantly available.  This is superb news for thousands of immigrant’s children who were left behind because they turned 21 while waiting for the visas to be granted.  Presuming that the decision is accepted by the Supreme Court and the government doesn’t file an appeal, the decision will remain final.

The Ninth Circuit has made a decision that the language in the Child Status Protection Act, which states that an overage child can keep the original priority date in their new classification, meaning that thousands of pending or new petitions can now be immediately rushed.