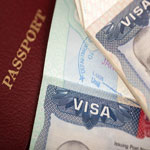 During talks with US Commerce secretary John Bryson, Sharma said that he is concerned about the fact that statistics show that rejection rates for H-1B and L-1 petitions have increased by 28% in recent years. He did not give a source for the statistic. Bryson was in the country to discuss access to India`s industrial market for US manufacturers. While reports indicate that the talks went well, the immigration issue may be a hot-button topic for the two countries.

However, there is disagreement about what to do. Some allege that making it easier for immigrants with skills to enter the US would strengthen the US economy and make the US more competitive. They note that many Fortune 500 companies have been founded by immigrants and that many inventions have been created by non-US workers. Others claim that any laxer immigration laws would make it harder for US tech workers to find jobs. They note that in the current economy the focus should be on helping US workers find work.

The USCIS has considered changing new policy guidelines for L-1B visas, possibly changing the category for what would make an applicant considered to have L-1B specialized skills and knowledge. It is expected that new guidelines may be issued soon. The USCIS has already been seeking input from a number of sources about the issue. Some experts have suggested that expanding what it considered L-1B specialized knowledge would make it easier for professional immigrants to work in the US, which would boost the US economy. Others have argued that the move would make it possible for foreign workers without exceptional skills to work in the US at a time when there are many unemployed US tech workers.