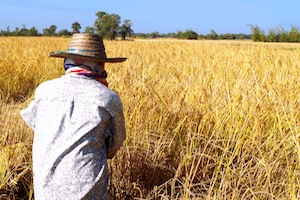 Farmers in California are reliant on immigrants to work their crops, which is a tradition that has been part of the cultural identity of the state for many decades.

The farm labor movement goes back to the 1960s, when thousands of Latino workers were mobilized to fight for better conditions in California by civil rights activist Cesar Chavez. This tradition continues to this day, with the great majority of the agricultural labor force in the United States comprising foreign-born workers. Around half of these workers are undocumented immigrants, according to the US Department of Agriculture; however, this source of labor now seems to be dwindling as a result of a number of complex factors, including an aging population of farm workers and decreased Mexican immigration.

Agricultural experts say that those places are not being filled by domestic workers and that farmers are finding it more and more difficult to cope, often taking drastic measures such as planting fewer acres or switching to crops that can be dealt with by machines or are at least less labor intensive. Others have upped and moved to Mexico to hire bigger crews, says California Farm Labor Contractor Association executive director Guadalupe Sandoval.

“It’s made for a lot of competition for some employers out there in trying to secure adequate crews,” Sandoval says. “We’re seeing vineyards ripped up and replaced for almonds, certain raisins replaced with new varieties that will be machine-harvested instead of hand-harvested.”

Farmers want immigration reform to regulate and increase their workforce.