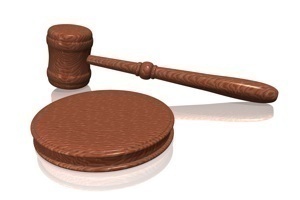 The right of immigrants awaiting deportation proceedings to be released in the meantime has been expanded by a federal appeals court ruling made yesterday. The US 9th Circuit Court of Appeals’ three-judge panel decided that immigrants can be released from custody with electronic monitoring and are entitled to occasional bond hearings.

The court also said that immigration judges need to take into consideration the length of time that immigrants have already been held in detention when they make the decision about whether to release them, with the 9th Circuit noting that some immigrants, even those who have no serious criminal convictions, are being held in jail-like conditions for a number of years prior to their cases reaching a conclusion. The court added that while some immigrants end up winning their cases on appeal, many others just give up rather than having to continue to stay behind bars for long periods of time while they await the conclusion of their legal proceedings.

Judge Kim McLane Wardlaw’s written ruling essentially upheld the decision made by a lower court after immigrants brought a class-action lawsuit, although the ruling emphasized that the decision about whether to release an immigrant still had to be made by an immigration judge.

Wardlaw also made it clear that immigration judges “need not release any individual they find presents a danger to the community or a flight risk after hearing and weighing the evidence.”