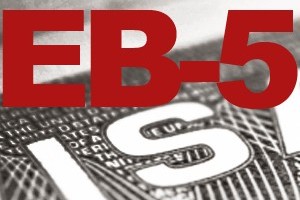 An immigration lawyer in the US says that, with the long wait for H-1B employment US visa applicants, sometimes lasting over ten years, and the unsettled nature of the visa, Indian families wanting a green card would be better advised to apply for EB-5 US visas.

Vaughan de Kirby, a US investment immigration attorney, whose company has represented more than 1300 EB-5 US visa applicants, told a press conference that EB-5 US visas are the solution for enterprising Indian immigrants. This is because a green card can be issued for both themselves and their immediate families as a result of one qualified investment. Kirby says that the program expires at the end of September and those interested should prevent the risk of fraud by using a SEC (Securities and Exchange Commission) licensed Securities Representatives. Kirby that some applicants have been victims of such fraud in regional EB-5 centers.

EB-5 US visa applicants can get a conditional green card if they invest at least $500,000 on a project in the US. If the investment results in the creation of at least ten jobs, then the green card will become permanent.

Kirby added that Indian citizens have a processing waiting time of 18-months for EB-5 US visas, which offer more competitive wages that are also negotiable rather than fixed by the employer. He also said that green cards were the best protection against uncertain travel restrictions.