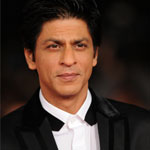 India is upset after famous Indian Bollywood actor Shah Rukh Khan was detained by immigration authorities during a trip to the US. Khan was detained for two hours at New York’s White Plains airport, and news of the incident caused some harsh words and media criticism in New Delhi and other parts of India. Although US immigration authorities apologized for the situation, some authorities and media outlets in India stated that apologies are too little, and accused the US of detaining immigrants for undue cause.

Khan was traveling to Yale University to be honored as a Chubb Fellow when the incident occurred. According to sources, Khan was only allowed to continue into the US after his hosts contacted the Department of Homeland Security and advocated on Khan’s behalf. According to US customs and border protection authorities, Khan’s name was labeled as “flagged” in the immigration system and authorities at the airport needed senior authorities to permit Khan to continue into the US. Khan was previously stopped at the Newark Airport during a 2009 visit to the US. At that time, he was also detained for two hours and it required advocacy from the Indian consulate to get him released.

External Affairs Minister S.M. Krishna has asked Nirupama Rao, the Indian Ambassador to the US, to speak with US authorities to ensure that the incident is not repeated. Khan has stated that he was unhappy with his treatment but continued with his US visit. Others who were part of his party were cleared at once, but Khan has speculated that he was detained because of his last name, which is Muslim. Khan has not been convicted of any crimes that would make him ineligible to enter the US. He has starred in a movie about racial profiling following the 9/11 attacks.

The case highlights the problems that many travelers are experiencing when they travel today. While many authorities have stated that stricter measures at airports are necessary for the safety of passengers, other experts have stated that current measures do not do enough to keep people safe. Many travelers and experts have also expressed concerns about racial profiling and lack of respect for individual rights when it comes to border crossings. While some have stated that Khan’s experience is commonplace today and simply part of the price to pay for security, others have expressed outrage and have stated that once someone’s identity is established, they should not be detained by immigration authorities.