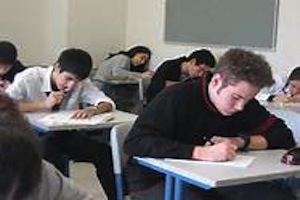 Graduates who studied science, technology, engineering and math (STEM) subjects and are foreign born are more likely to remain in the United States if they wish to have a career in NGOs (non-governmental organizations) or industry than those who want a career in government or academia, according to a new study from the Center for Nanotechnology in Society at UC Santa Barbara.

Immigrant grad students make up one-third of the STEM student population and play a vital part in the economic competitiveness of the United States. In Silicon Valley alone 44% of start-ups include a founder born overseas and the study points out that “foreign-born scientists and engineers contribute to more than half of the international patents filed by US-based multinational corporations.” Richard Appelbaum, Global and International Studies UCSB MacArthur chair and co-author of the study, says that policymakers need to be aware of how the United States can keep leading the world in terms of technological innovation in the face of Latin America and Asia trying to put a stop to their “brain drain”, including finding ways to encourage more US-born students to take STEM subjects and reform the US visa system to make it simpler for foreign students to stay on after graduation.

“In order for policymakers to craft smart policy, they need to consider the complex interaction of factors that go into foreign students’ career decisions, and if the US wants to maintain its competitive economic edge it needs to provide an alternative for highly skilled scientists and researchers to stay,” says the study’s lead author, Xueying Han.