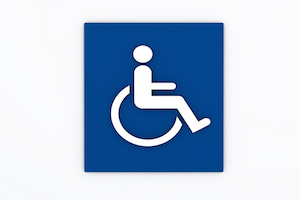 Hundreds of immigrants with mental disabilities who were ordered to be deported from the United States after being forced to represent themselves in their court hearings will now get the opportunity to contest their deportation. This time they will receive legal assistance as the result of a settlement reached on Friday, according to a civil liberties group.

The settlement, which was signed off by Los Angeles federal judge Dolly Gee, is the result of a class action lawsuit launched against the US government in 2010, a statement from the Southern California branch of the American Civil Liberties Union claims. Around 900 immigrants from a number of different countries ‒ primarily in Asia and Latin America ‒ who were issued notices of deportation can now try to become permanent residents as a result of the settlement, says ACLU attorney Carmen Iguina. A number of the immigrants who were ordered to leave the United States remain in the country while appealing their cases.

The agreement was negotiated between the Justice Department and the ACLU after Gee ruled in 2013 that immigrants who possess serious mental disabilities have the right to legal representation during immigration deportation hearings.

“It was a huge victory, truly a landmark ruling, and we’re very happy that our class members were no longer going to be forced to stand alone in court,” Iguina says, adding that the government will now offer competency screenings and evaluations for immigrants across the country to determine their eligibility for legal aid.