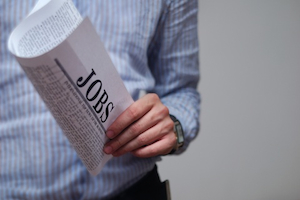 More and more undocumented immigrants are holding down white collar or professional jobs, according to a new report from the Pew Research Center. The new study claims that the number of undocumented immigrants in white collar or professional work has increased by 180,000 ‒ an increase of 3% to 13% ‒ between 2007 and 2012.This figure remains less than 50% of the figure for American-born employees in the field, with 36% of these in such positions. Fewer undocumented immigrants seem to be taking on production or construction jobs, with a fall in workers in these sectors of around 475,000. This represents a decrease of 5% ‒ to 29% ‒ between 2007 and 2012.

The report seems to indicate that the undocumented tend to end up in low-skill jobs, with government data estimating that 62% of foreign workers continue to seek employment in the fields of construction, production and service. This is almost twice as high as the figure for US-born workers.

In 2013 the US Department of Labor discovered that immigrant workers were much more likely to work in building, grounds cleaning, maintenance and service jobs, material moving, production and transportation jobs. They were also more likely to fill construction and natural resources positions.The Pew study points out that the position and number of undocumented immigrants in the workforce tends to fluctuate from state to state.