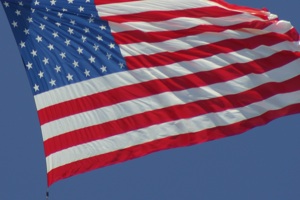 The US government has signed an agreement with Ecuador, Mexico and the Philippines to create outreach programs to enable immigrants to become more aware of their rights with regard to labor organization within the United States. The agreement, which does not differentiate between immigrants based on their legal status, is part of a larger effort to get immigrants more involved with unions by the National Labor Relations Board.

The signed documents state that the primary goal of the outreach program is “to educate those who may not be aware of the [National Labor Relations] Act, including those employees just entering the workforce, by providing information designed to clearly inform [that nation’s] workers in the United States of America their rights under the Act and to develop ways of communicating such information”.

The National Labor Relations Board says that the protection for immigrant workers involved in organizing a union included in the law extends to undocumented immigrants if their dismissal is determined by the board to have been the result not of their immigration status but of their union activism.

The foreign consulates of the three nations have agreed to assist foreign nationals residing in the United States who may be of assistance to the National Labor Relations Board when it comes to compliance matters, investigations or trials, and to come up with a system whereby the consulates will be able to refer to complaints made by overseas workers to the regional offices of the board.