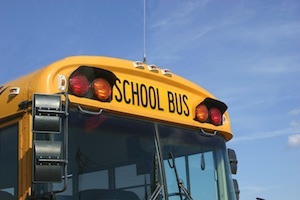 New York officials yesterday ordered a statewide review to ensure that public schools are complying with enrollment policies regarding immigrant children and unaccompanied minors after reports that a couple of dozen new young arrivals from Central America had been denied admittance to a high school in Long Island, citing reasons such as a lack of appropriate documents.

The review will commence in suburban New York school districts in the counties of Nassau, Rockland, Suffolk and Winchester and will eventually encompass all of the state. The review was announced by the state Education Department, the state Attorney General’s Office and the Board of Regents after reports that three dozen immigrant students had been turned away by Hempstead School District on the grounds of overcrowding.

The youngsters were among around two thousand unaccompanied immigrant minors who in recent months have been living with relatives in Long Island after a wave of border crossings by children and youths that came to the United States in the hope of being granted asylum. “The issue is very simple for us; the law in New York State says these children will be seated in their home school districts, whatever those districts are, and we plan to make sure that does happen,” says Merryl Tisch, chancellor of New York’s Board of Regents.

The review is intended to remove any barriers that could be preventing the schooling of undocumented immigrant minors and to see whether or not any federal laws may have been broken by those districts that have barred them from attending their schools, regardless of the reasons.