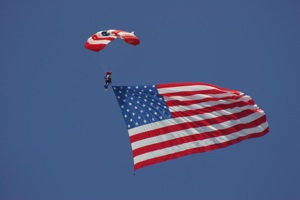 President Barack Obama elected not to wait for Congress to get moving on changing the laws of the United States so as to help millions of undocumented immigrants to stay in the country.  Instead he used his executive powers to put an end to the deportation of those who were children when they first arrived in the US, child carers, and those without criminal records.

Now Obama has also begun allowing certain undocumented immigrant relatives of military personnel to also stay in the United States, so as to reward veterans and reduce the amount of stress on them.  With the House of Representatives continuing to drag its feet on the issue, Obama has slowly been dealing with it by himself.

“What this administration has undertaken has never happened to this degree,” says the Center for Immigration Studies’ executive director, Mark Krikorian.  Opponents of those opposed to changing the current immigration system are furious, claiming that the President has gone too far, but supporters of reform are equally annoyed and claim that Obama has not gone nearly far enough.  “The President has the legal authority to exercise discretion in immigration enforcement, and to date, that authority has been exercised poorly,” insists the National Labor Day Organizing Network’s executive director, Pablo Alvarado.

For his part, Obama insists that stopping all deportations is not within his power but is equally adamant that his administration has been determined to focus resources in the right areas, given that Congress continues to delay fixing the nation’s broken immigration system.