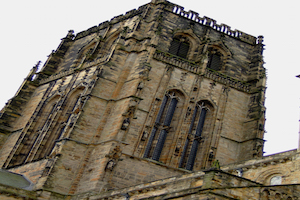 An undocumented immigrant has moved into a church in Philadelphia as part of a campaign of civil disobedience aimed at President Obama. The immigrant says that she has been constantly living in fear of being found by immigration authorities and deported from the United States.

28-year-old Angela Navarro, who was born in Honduras, says that she intends to stay in West Kensington Ministry with the rest of her family until the deportation order issued against her is rescinded. Navarro was apprehended attempting to cross the US border 12 years ago when she was just 16 years old; however, she has been defying the final deportation order made against her for over a decade, during which time she has married a US citizen, given birth to two children and worked as a cook.

Eight other undocumented immigrants have taken refuge in churches in recent days in a campaign that has been called the New Sanctuary Movement by activists. Organizers have been offering immigrants’ sanctuary in churches as federal guidelines prevent arrests in sensitive areas without there being a national security or public safety threat involved.

“I’ve always lived in fear,” Navarro claims. “It’s been horrible.” A living space has been created for Navarro and her family at the back of the church, with Navarro admitting that she has no idea how long she will have to stay there. “It would be much harder to be deported and be separated than it is to live here,” she explained.