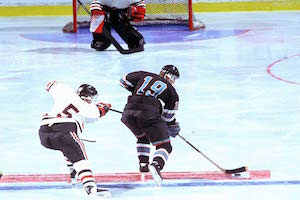 Slava Voynov, a defenseman for the Los Angeles Kings and a native of the Russian province of Chelyyabinsk, has been taken into custody by US Immigration and Customs Enforcement (ICE) while it considers whether he is eligible to continue to stay in the United States after serving a misdemeanor sentence on domestic abuse charges.

US Immigration took the 25-year-old, who was suspended by the NHL following his arrest, into custody after he was released from a short stint in jail after pleading no contest to domestic violence resulting from a dispute in October with his wife Marta Varlamova. The news was first reported by the Los Angeles Times last Thursday and Voynov is expected to be released next week. Deportation proceedings are unlikely to commence for a number of months.

“The individual came into US Immigration and Customs Enforcement custody September 2nd following his release by local authorities,” a statement from ICE information officer Lori Haley revealed. “He will remain in ICE custody pending a hearing before an immigration judge. Mr. Voynov entered the US in 2013 on a temporary visa for internationally recognized athletes.”

UCLA Law School professor Ingrid Eagly says Voynov should have been made aware by his criminal defense lawyer of the possible immigration consequences prior to accepting a plea agreement in relation to a criminal charge. Deportation would spell the end for Voynov’s burgeoning career with the NHL.