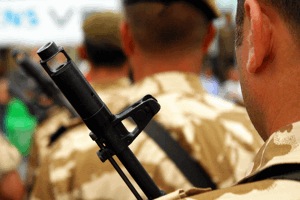 Family members of Filipino veterans of World War II currently languishing in the backlog of the US immigration system are to be granted special permission to reunite with their parents in the United States in order to care for them, the White House announced yesterday.

The Visa Modernization Task Force, which issued the report that included this announcement, was created in 2014 as part of the executive action on immigration reform by President Obama. The report, Modernizing and Streamlining Our Legal Immigration System for the 21st Century, points out that over 260,000 Filipino soldiers came to fight for the United States in 1941, with many eventually making the ultimate sacrifice.

Up to 26,000 Filipino’s eventually gained US citizenship in recognition of their contribution and service to the US, with around 19,000 naturalizing, US Customs and Immigration Services estimates. “As US citizens, these individuals can petition for their family members to come to the United States,” the report points out. “Unfortunately, due to statutory visa caps, many individuals wait for years or even decades to be reunited with their family members.”

The report goes on to say that Filipino families in America are sometimes left waiting for as long as 20 years, with up to 6,000 veterans still living in the United States and in need of the attention and care of their families. The Department of Homeland Security will create a special parole program to enable some family members to be granted US visas in a more timely manner.