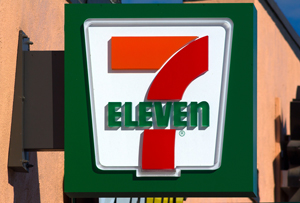 Though Veterans Day falls on November 11, Veterans Day events will be conducted throughout the week, from November 10 to November 14. Let’s take this opportunity to understand the contributions made by those who have served the country and who are currently serving. Likewise, this week also gives us a chance to know more about the veterans and what they are doing now.

Here are some U.S. companies that are led by veterans.

7-Eleven: Joe DePinto, who served five years as an Army Field Artillery Officer, is the president and CEO of 7‑Eleven, Inc. 7‑Eleven is an international convenience store chain that globally has more than 53,500 stores.

FedEx : FedEx, the global transportation and logistics company, was founded by Frederick W. Smith, who served four years in the Marine Corps. He is the chairman and CEO of FedEx Corporation.

General Motors: Daniel Akerson is the former Chairman and CEO of General Motors. He served five years on a Navy destroyer as an officer.

Procter & Gamble: Procter & Gamble, commonly known as P&G, a multinational consumer goods company was led by Robert McDonald from 2009 to 2013. He is a former army officer and he served five years as a captain in the U.S. Army.

USAA: Josue Robles is the president and CEO of USAA, a financial services company. He served 28 years in the U.S. Army and retired as a major general.