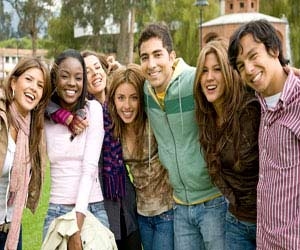 On June 15, 2012, President Barack Obama issued an executive order giving temporary relief from deportation for eligible undocumented individuals for two years. This has come as a much needed reprieve for undocumented youth between the ages of 16 and 30. If they are found to be eligible for deferred action, not only will the deferral last for two years, subject to renewal, but they will also be granted work authorization. This memorandum has been called the Deferred Action for Childhood Arrivals (DACA).

The Congress twice did not pass the DREAM Act (Development, Relief, and Education for Alien Minors) which aims at getting eligible undocumented persons with good moral character, education and/or military service into the mainstream American life as conditional residents. That being the case, DACA is being referred by many as the DREAM Act Lite!

The DACA process is Department of Homeland Security’s (DHS), “effort to transform the immigration enforcement system into one that focuses on public safety, border security and the integrity of the immigration system.” Though no effort will be spared by the DHS in deporting persons who are a threat to the national security or to the safety of the American public, and criminals with several offenses, they will also assign low priority to cases of persons who came to the United States as children and are eligible in certain other respects to get deferred action. This means, eligible persons will get deportation actions against them deferred for two years. This deferral can be renewed after the two years too.

So who are the persons who are eligible for deferred action?

USCIS has set guidelines to help persons determine if they can request deferred action. Only those who meet these guidelines, and can also provide proof of the same can submit applications to the USCIS. The eligibility requirements, listed by the USCIS, are as follows:

How to Request Deferred Action

All three forms have to be filed concurrently. Form I-765 is an application to request employment authorization and Form I-765WS establishes the need for employment for the applicant. The filing fees for I-765 is $360 and the biometric services fee is $85. A total of $465 has to be sent along with the forms to the USCIS Lockbox address which can be found on the filing instructions that come along with the Form I-821D.

No. If a case is deferred it does not mean the applicant has legal status. It just means that deportation procedures have been put off for two years. When the two years are up, the applicant can apply for a renewal of the deferral. This process is only to ensure that the DHS does not spend time and resources on deportation of persons who are not a threat to the country and have nothing against them except that they were brought into the country as undocumented children by their parents. This helps DHS focus attention on removing people who are a threat to national security and American public, and at the same time allow undocumented individuals the opportunity to work and contribute to the country they know as their own.

Will Deferred Action Ever Change to Legal Status?

This is a question without an answer right now. It would depend on the DREAM Act getting passed. Which in turn depends on the various factors, the most prominent one being the outcome of the Presidential elections. For now, it is a step in the right direction for the country.