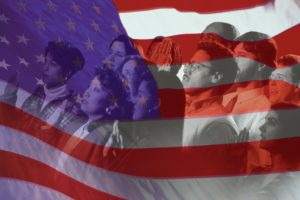 As President Trump moves decisively on immigration through executive orders, which have adversely affected even some green card holders, some holding permanent residency status are prompted to seek the citizenship process. Among those affected by the president’s blitz of immigration orders at the end of his first week in office are valid green card holders– those already granted legal permanent residency.

The green card holders who had been affected by the flurry of executive orders are those outside U.S. borders. Specifically, Trump’s actions targeted seven specific Middle Eastern / North African nationalities identified by officials in the Obama administration as sources of significant threat to U.S. security.

Notable interest in the citizenship process cropped up in the months before the November election as immigration advocates attempted a surge in Hispanic participation as a means of defeating Trump and other Republican candidates. As Trump implements his promised immigration policies, the issue of participatory democracy again presents itself to foreign-born residents.

US Citizenship and Immigration Services (USCIS) has a strong track record of encouraging citizenship education and awareness. Last summer, for instance, the agency launched a set of promotional materials to supplement naturalization process initiatives. At the time, USCIS noted statistics from the Office of Immigration estimating close to 9 million lawful permanent residents meet eligibility requirements necessary to apply for citizenship.

While a significant number of green card holders are currently eligible to apply for citizenship, the median time frame for these eligible immigrants to move into the citizenship process is typically seven years– a full two years longer than regulations require.

Undertaking the application, testing and interview process involved in gaining naturalized citizenship can be arduous at times, but it’s all worthwhile. In a recent naturalization ceremony held in Plattsburgh, NY, according to a report, Panama-born Marbel Rule says the reasons for becoming a U.S. citizen ranges from economic to social to political.

“With all the changes, with all the new people, the new blood, the new policies, it’s important to participate,” Rule said as she focused on voting rights enjoyed by citizens.

“There are so many voices that need to be heard,” echoed another new citizen, Chantal O’Shaughness. “Whatever part, however small it is, a vote is very important and I need to do that.”