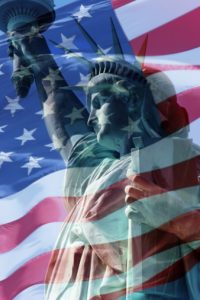 As President Trump’s immigration ban adversely affects even some green card holders, the current political climate has some permanent residents seeking citizenship. In a flurry of executive orders issued at the end of his first week in office, the president’s executive orders bans entry into the United States by those with one of seven Middle Eastern and North African (MENA) countries.

The ban, which initially extended even to green card holders with one of the targeted nationalities, corresponds to President Trump’s implementation of his promise to exercise “extreme vetting” as a fundamental national security measure. The targeted countries under the ban were originally identified by President Obama. President Trump’s ban on entry has an initial period of 90 days. President Obama placed a six-month ban on Iraqi refugees in 2011 in a similar but not exactly analogous situation.

For immigration advocates, Trump’s focus on immigration leaves a wide opening to cast a wider net in efforts to spark activism. With his outspoken nature and the intensity in his approach, President Trump himself could be among the most effective tools in efforts aimed at improving participation rates in democratic processes. In other words, legal permanent residents who want to develop an influential voice in the development of immigration policy through the ballot box will begin the process toward naturalized citizenship.

Green card holders who’ve held permanent resident status for five years– three years for those who are married to a U.S. citizen– are eligible to begin the citizenship process by filing Form N-400, Application for Naturalization with US Citizenship and Immigration Services (USCIS.)

According to a USCIS report, the median timeframe green card holders apply for naturalized citizenship is seven years. The two-year lag in citizenship applications is an issue USCIS has attempted to address with marketing campaigns designed to promote public education and raise awareness around the benefits and duties around citizenship.

Citizenship awareness campaigns undertaken by USCIS in the past have largely focused on efforts to demystify the process and to provide lawful permanent residents with information to protect themselves against the unauthorized practice of immigration law.