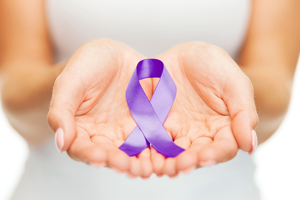 Children also experience domestic violence and reports show that more than three million children  witness domestic violence in their homes, every year. They also suffer neglect and abuse. According to a 2005 Michigan study, such children are more likely to have health problems.

President Obama, in his presidential proclamation, stated that the country honors those who have survived domestic violence. He also directed federal agencies to come up with policies to help the victims of violence. Through the Affordable Care Act and through other initiatives, the country is assisting the survivors of violence and is also trying to put an end to violence.

The President has also asked the U.S. Congress to strengthen the Violence Against Women Act (VAWA). He stated that the people living in the country must work with the government and play a role in ending violence.

The color for this month is purple. During this month, people can wear purple. Through that they can tell the others about the importance of putting an end to domestic violence.

People can change their social media profile and cover photos. This can be done to recognize the victims of domestic violence who have lost their lives and who have survived.

Awareness about domestic violence can be spread by distributing purple ribbons to people in the community, clergy, law enforcement authorities, etc.

Domestic violence can happen to anyone and it can be prevented and ended if people stand and work together.