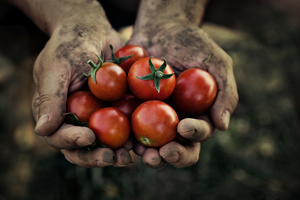 A lot of foreigners have immigrated and are immigrating to the U.S. with a lot of dreams. Some who immigrated to the country have achieved their “American dream” while there are some who are still struggling make ends meet. Here is the immigration story of Raul who came to the U.S. and started working as a tomato picker.

Raul came from Mexico to Michigan in 1985. Just like the others, he came to the country with a lot of dreams and to find a better life for himself and his family. He picked tomatoes for three years and earned around 100 dollars a day. However, he was able to earn only when the crop was in season and he had nothing to do the rest of the year. He was also unable to find another job.

He returned to Mexico to meet his family during the first off season. After that he did not return to Mexico and he stayed in the U.S. as his trip was expensive. So he stayed and worked in the U.S. while his wife and children stayed in Mexico. He worked here, earned money and sent it to his family. He had to sacrifice a lot as he strongly believed that working in the U.S. will help him provide a better life for his wife and children.

He worked in a furniture manufacturing company when he moved to California to live with his sister’s family. As his sister was married to the manager of the factory, he was able to get a job there. He earned $50 a day and worked eight hours a day. He sent most of what he earned to his family. After spending 11 years in California, he moved to Des Moines, Iowa. He easily got a job there in a packing factory. He loves Iowa as it is calm and there are no gangs. He says that the people living there are friendly and that he feels safe there.

As he holds a green card, he was later able to bring his family to the U.S. He has also filed his application for U.S. citizenship and has passed his citizenship test. He was able to file for citizenship with American Friends Service Committee’s (AFSC) help. He says that he would help his family members obtain U.S. citizenship, once he becomes a citizen of the U.S.

Raul says that people in Mexico do not have educational opportunities and that it is very difficult to find a job in Mexico as there aren’t many jobs. The U.S. provides superior education and career opportunities and that is something that makes Mexicans flock to the U.S. There are many immigrants like Raul who come from Mexico and other countries in search of jobs and a better living for themselves and their families. However, not all are able to find what they need and there are many who are still unable to make ends meet.