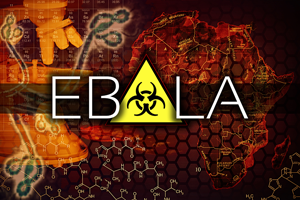 According to President Obama, the dangers of a serious Ebola outbreak in the U.S. are too low. He stated that his administration is taking all precautionary measures to prevent the disease from spreading in the U.S. Moreover, screening processes in airports will continue and suspected cases will immediately be transported to specialized and secure hospitals.

Following are certain things that people need to know about Ebola:

Those affected will have the following symptoms:

These symptoms may not appear immediately after infection. All or some of these symptoms may appear two to 21 days after infection. Since this it is not a respiratory disease, Ebola cannot be transmitted through air. It is also not a food-borne or a water-borne illness. This virus has killed more than 4,500 people since its outbreak in March. U.S. citizens and others living in the U.S. are encouraged to avoid traveling to Liberia, Sierra Leone, Guinea and other places that are affected by Ebola.

The Obama administration is doing all that needs to be done to prevent an Ebola outbreak in the U.S. Five airports in the U.S. handle travelers from Ebola affected places including Sierra Leone, Liberia and Guinea. Procedures to screen those travelers by taking their temperatures and looking for signs of the disease, have been implemented.

Some lawmakers in the U.S. are urging the President to consider a temporary ban on travel to the U.S. from countries affected by Ebola and to stop issuing U.S. visas to people traveling from those regions.

Click here to know about the immigration relief measures offered by USCIS for the nationals of Ebola affected countries.