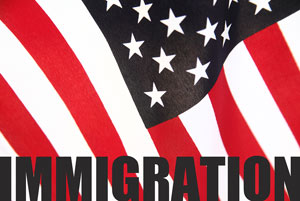 Here are few things that happened in 2014.

After having waited for a long time for the House Republicans to pass an immigration reform bill, President Obama made an announcement in June stating that he will use his executive authority to fix the country’s broken immigration system, without the U.S. Congress. He planned to use his executive authority after House Speaker John Boehner said that his party does not believe that the Obama administration will enforce the reform bill the Congress approves. Boehner’s announcement made immigration advocates believe that the House will not pass any immigration reform bill. So they started to pressurize the President to put an end to deportations by using his Presidential authority.

Followed by that, President Obama directed U.S. Department of Homeland Security Jeh Johnson and Attorney General Eric Holder to find out what actions he can take to fix the country’s immigration system.

Several unaccompanied children from Central America illegally crossed the southern border and got into the U.S. Most of them left their home countries due to fear of gang violence and abuse. Some illegally got into the country to reunite with their family members in the U.S. This influx prompted the Obama administration to focus on reducing the number of unaccompanied immigrant minors crossing the U.S. border.

However, his decision to delay action on immigration reform frustrated Hispanics and other immigrants in the country who have been urging him to grant the undocumented immigrants a relief from deportation.

However, President Obama kept his promise and on November 20, he announced his immigration reform plan. His plans will not only protect the undocumented immigrants from deportation but will also secure the border. His plan will benefit millions of undocumented adults and youth. Though his plan has left out several immigrants living here, it has gained support from the Latinos.