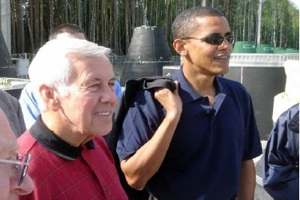 Millions of Latino immigrants are feeling optimistic following the Republican Party signaling their increasing willingness to consider immigration reform in order to avoid further alienation of the Hispanic community that proved so instrumental to the re-election of President Barack Obama last week.

A number of leading Republicans have supported a move away from the enforcement-only attitude to immigration, with House Speaker John Boehner noting that “a comprehensive approach is long overdue.”

Emboldened by the huge turnout of Hispanic voters in the general election, Obama has declared that he intends to move fast in order to address the issue of comprehensive US immigration reform once he is sworn in and starts his second term in office early next year.  “My expectation is that we get a bill introduced and we begin the process in Congress very soon after my inauguration,” Obama declared at his first press conference since the election.

A legislative package would incorporate the strengthening of border security as well as penalties for employers who hire illegal immigrants but also provide a way for a lot of the approximately 11.2 million undocumented immigrants in the US to be able to gain US citizenship.

In an indication of growing bipartisan support for the idea, Democrat Senator Charles Schumer and Republican Lindsey Graham announced that they have recommenced talks for a proposal for a comprehensive overhaul of immigration policies.  The promising words are making Hispanics and other immigrants believe that they may finally be seeing the light at the end of the tunnel.