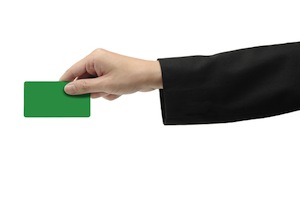 One group of immigrants that is failing to get any kind of attention in the immigration reform debate currently going on in Washington is that of deported veterans.  The Washington Post recently published an article that claimed that veterans who have committed a crime are being deported despite having served in the US military.

Many of those veterans who immigrated to the United States and held a green card while serving in the military were then convicted, punished and deported from the nation they served once they had completed their term of service.  The Post claims that there have been hundreds, if not thousands, of veterans who have been deported from the United States in recent times.

Crimes committed by immigrant veterans that resulted in their deportation included bar fights, forgery, drug possession and theft.  These expelled veterans came from nations such as Germany, Italy, England, Mexico and Portugal and the great majority of them have actually lived in the United States since they were young children.  Some are even being sent to countries where they cannot speak the native language and do not know anyone there.

US immigration law states that non-citizens who are convicted of serious crimes forfeit their right to continue living in the country, but many immigration advocates believe that immigrant veterans have earned the right to be treated as citizens and should not face deportation for crimes committed.  The irony is that deported veterans are still eligible for burial at a military ceremony in the United States due to their military service.