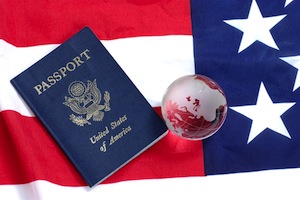 The political future of the Republican Party may well be tied to immigration reform as the controversial Senate bill sits waiting for a vote in the House of Representatives sometime in the fall – but one of the top Republicans in Washington claims that the chances of a bill passing in 2013 may be much better than the great majority of people appear to believe.

Bob Goodlatte, Virginia Republican and Chairman of the House Judiciary Committee, told Face the Nation on CBS on Sunday that there are “good possibilities” that the 2013 Congressional Session will see the passing of a bill on immigration reform, despite having previously voiced opposition to any bill that offers a path to US citizenship for undocumented immigrants.

Goodlatte did, however, note that there are things that need to be done before any form of immigration reform bill will be able to be passed.  “First you have to assure there’s not going to be another wave of illegal immigration,” he noted.  “We have to again restore the trust of American people by saying that the law is going to be enforced.  We need new laws on employment verification, on entry exit visas system, on allowing state and local law enforcement to hear a clear statutorily defined role.”

Goodlatte also reiterated his belief that immigration reform needs to be achieved in a piecemeal rather than comprehensive fashion, an argument critics reject, with Representative Bobby Scott saying that the piecemeal approach would be doomed to failure due to conflicting interests.