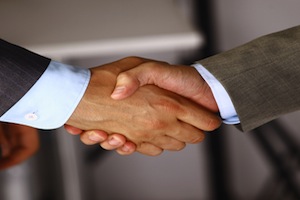 July marked the very first time in the entire history of the United States that the visa applications of same-sex couples began to be treated in the exact same manner as those of heterosexual couples.  In the same month, Janet Napolitano, the Homeland Security Secretary, also made the announcement that the organization was to start reviewing green cards, visas and other documents related to immigration for the same-sex partners of US citizens.

ABC News says that there are around 28,000 bi-national same-sex couples that are in need of US visas in order for them to be able to stay together.  Although the change of policy is being accompanied by a great deal of happiness and relief, many couples are finding the process of having to fill out a visa and then send it in a tricky one for them to be able to navigate and so local advocacy groups have begun to offer their assistance.

In Long Beach in California, a number of same-sex couples have been assisted in this process via a workshop, the Long Beach Press-Telegram claims.  The workshop, known as DOMA and Immigration Benefits, was staged on August 16th at the Long Beach LGBT Center.

“Within hours after the Supreme Court decision, I was getting calls from the center asking about immigration attorneys who are LGBT friendly and what is the process to petition for a gay or lesbian spouse,” says Miguel Montalva, one of the organizers who works with the Long Beach Immigration Rights Coalition.  “Immigration law is pretty tricky, so we decided to do the workshop.”