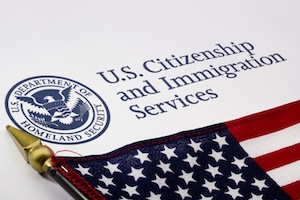 On Monday Jeb Bush, the former Governor of Florida and current Republican presidential nomination hopeful, accused Asians of abusing the rules enabling infants who are born in the United States to instantly gain citizenship, regardless of the legal status of their parents.

Bush has been involved in a heated debate with fellow Republican candidate Donald Trump and Democratic candidate Hillary Clinton following his use of the term ‘anchor babies’ to describe children born to undocumented immigrants in the United States, which drew much criticism from immigrant rights activists. While visiting Texas close to the US-Mexico border on Monday, however, Bush claimed that his use of the term will not affect his popularity with Hispanics, as it relates more to other immigrants.

“What I was talking about was the specific case of fraud being committed where there’s organized efforts – and frankly it’s more related to Asian people coming into our country, having children in that organized effort, taking advantage of a noble concept with birthright citizenship,” Bush says. “My background, my life, the fact that I’m immersed in the immigrant experience – this is ludicrous for the Clinton campaign and others to suggest that somehow I’m using a derogatory term.” Trump has suggested that birthright citizenship is scrapped altogether, claiming that it is a boost to illegal immigration and that 300,000 babies were born to undocumented parents in the United States just last year. Bush claims that he still supports the 14th Amendment.